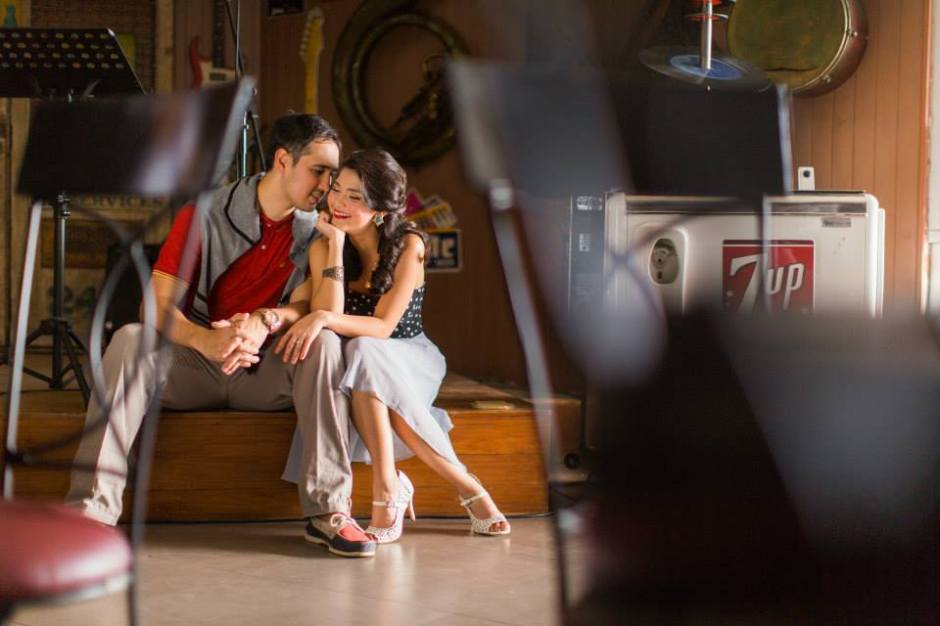 Here are 15 shots from the first part of our Engagement Shoot. Enjoy! I’ll be finishing up on the next batch of photos next week.

Not prepared—that was the last thing I wanted to be for the Engagement shoot but what do you know, we were NOT prepared at all. The first time we met with Marky at Starbucks Ayala Center-Cebu, Marco and I were unsure of what we wanted for the shoot. We were so preoccupied with other wedding preparations that we ended up putting this aside. We had some ideas but they were never final until we got to talk to our photographer. Marky helped us come up with pegs for the shoot and he also suggested a few locations that would be good for our “theme”. Another problem was the apparel and I think that was what frustrated me the most. I have my closet just sitting there in Houston while I didn’t know where to get clothes here in Cebu; Marco on the other hand just didn’t have anything at all that he could pass off as vintage or 50’s.  But with Mark’s expertise and Mami Ramil’s magic touch, we were able to pull off a good shoot considering that we were limited in our change of clothes. Thank God, it all worked out in the end.